Making decisions for a family member who has dementia 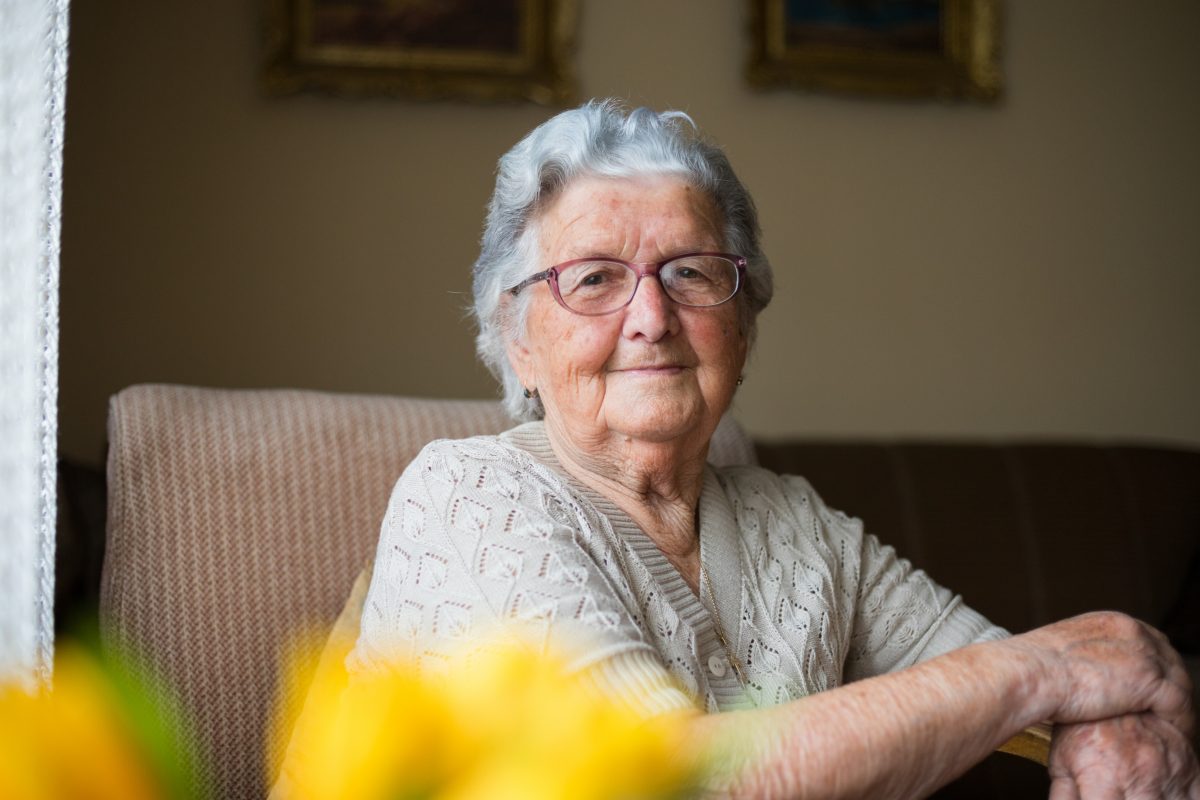 You’re concerned that a family member who’s living with dementia isn’t taking care of themselves properly. When you broach the subject, they don’t think there’s a problem. Everything is fine as far as they’re concerned. They don’t understand why you’re making such a fuss.

You’re not reassured. Recent events don’t bode well. Maybe the person hasn’t been eating, or they’re not taking their pills, or they’re getting lost, or they’re becoming socially withdrawn and depressed.

You suspect they don’t want to admit there’s a problem. There’s also a good chance that they simply don’t remember the incidents or behaviours you’re so concerned about. You begin to wonder whether it’s still safe for them to make decisions about the care and support they receive now and in the future. And you’re worried that if you or another family member doesn’t step in soon, something will happen, something very bad.

Stepping back before stepping in

If safety is an issue, you’re right to be concerned. Your family likely should get more involved. However, before “stepping in,” it’s important to take a step back and ask yourself the following:

Just because you don’t like a decision a person is making (or not making) doesn’t mean you can overrule them, even if they have dementia. Each of us has the right to live at risk so long as we’re mentally capable of making that choice.

When is a person considered incapable of making decisions?

So, when is a person considered mentally incapable of making their own decisions?

I’ll use a case example to illustrate. Wilfred has dementia when he develops kidney disease. A nurse educator spends a session teaching him what he needs to know about his kidney disease. When she asks him to repeat back what he’s learned from her, he can’t recall a thing.

In other words, he can’t understand the information that was relevant to managing his own kidney disease. This means that he’s incapable of making informed decisions about any treatment he might be offered for his kidney disease.

In Wilfred’s case, although he isn’t capable of making decisions about the treatment of his kidney disease, he is still quite competent at making the routine decisions all of us make as we go through our day. Deciding what to wear, when to shave, when to have a bath, what to eat, that sort of thing. He continues to live on his own and remains quite active.

Who determines whether a person is capable?

Many people will designate someone to make personal care decisions for them in the event they become incapable.

Before he had dementia, Wilfred completed a Power of Attorney for Personal Care which named Phil as his substitute decision maker. Phil is expected to step in and make personal care decisions on his dad’s behalf, but only if his dad is incapable of making them himself.

But who determines if Wilfred is incapable of making a decision? Generally speaking, that would be Phil, the person with his Power of Attorney for Personal Care. There are a couple of exceptions, though. If the decision is about medical treatment or admission to a long-term care home, a health care professional has to decide whether Wilfred is capable of making the decision himself.

Wilfred’s kidney disease progresses, and his nephrologist offers him dialysis. Phil tries to tell the nephrologist that his dad isn’t capable of making that decision himself (based on what Phil witnessed in his dad’s session with the nurse educator). But the nephrologist has the conversation with Wilfred anyway.

Wilfred gives the impression that he’s following along and taking in everything the nephrologist is telling him. But the nephrologist soon figures out that Wilfred isn’t able to retain any relevant facts about dialysis and isn’t capable of giving informed consent. The nephrologist is obliged to ask Phil to make the decision as his dad’s substitute decision maker.

Phil is a little frustrated. He doesn’t see why the nephrologist couldn’t have simply taken his word that his dad was incapable of consenting to dialysis. But because the decision was about a medical treatment, the nephrologist was the one responsible for determining whether Wilfred was capable, not Phil.

But why couldn’t the nephrologist simply have consulted the nurse educator’s notes and realized that Wilfred was incapable of consenting to dialysis himself?

Here’s the problem. The ability of some people with dementia to think clearly can fluctuate from hour-to-hour or day-to-day. Even though Wilfred couldn’t understand his kidney disease during the session with the nurse educator, the nephrologist can’t necessarily assume that the same is true now.

Who decides when there’s no Power of Attorney?

If a health care professional determines that a person is incapable of consenting to treatment and there’s no Power of Attorney for Personal Care, they will turn to someone else to provide the consent on the person’s behalf. In Ontario, there’s a hierarchy of people who can act as substitute decision makers.

Simply being a person’s relative doesn’t automatically make you their substitute decision maker. Check the hierarchy for clarification.

When it falls to Phil to decide whether or not to consent to his dad receiving dialysis, he needs to consider a couple of things. First, did Wilfred previously express wishes, while he was still capable, about the decision he’s entrusting Phil to make on his behalf in this sort of situation? If Wilfred did, then Phil is obliged to try to follow those wishes.

But that isn’t the case. So, what Phil needs to do instead is act in Wilfred’s best interests. Phil has to weigh the pros and the cons of dialysis and understand the ramifications of consenting to it – or not – on his dad’s behalf. 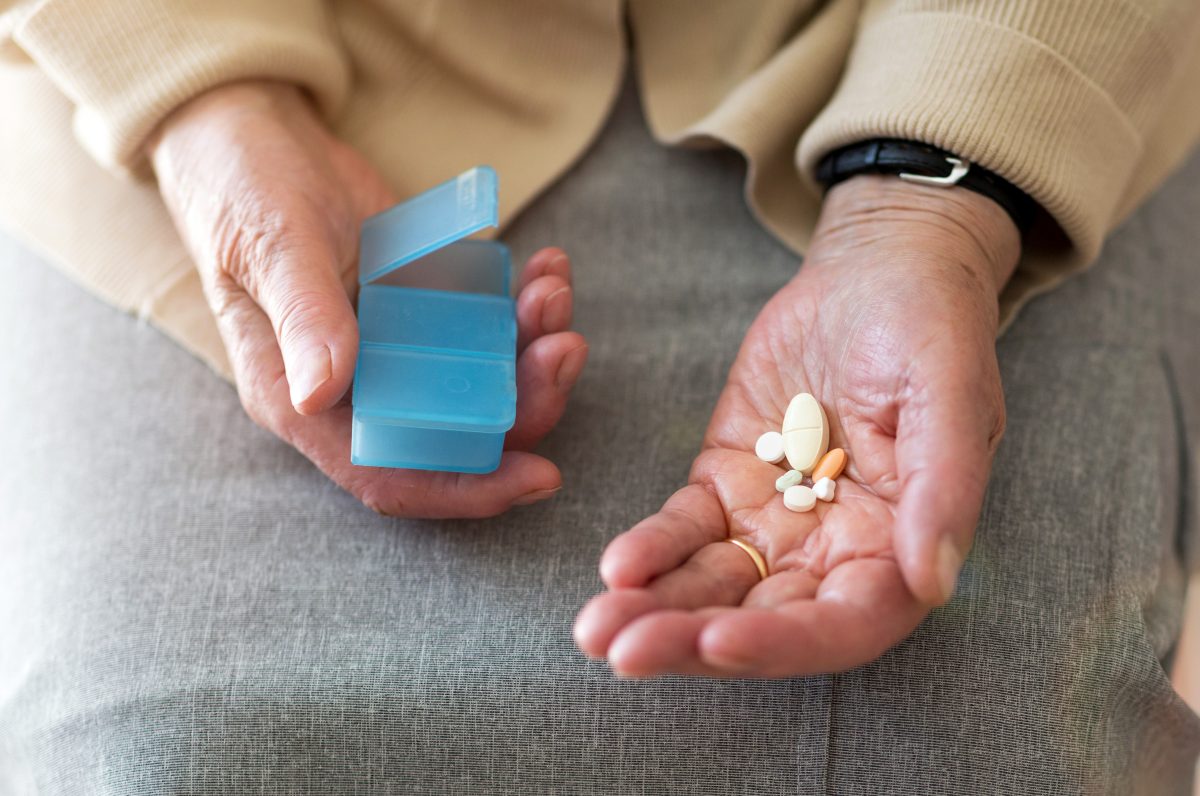 Eventually Phil becomes concerned about his dad living on his own in another city. Wilfred isn’t taking his medications regularly, even though Phil got his dad’s pharmacist to dispense his pills in blister packs that indicate when he should take them. Wilfred also went missing one day. Fortunately the police found him.

It seems to Phil that the best course of action is for Wilfred to move to some kind of assisted living community that is skilled at supporting people with dementia. Wilfred lets Phil take him on a few tours and they’re able to discuss what Wilfred likes and doesn’t like about each place. But when Phil suggests his dad move to a place close to where he lives (650 km away), Wilfred digs in his heels.

Not an easy decision

Persuading a parent with dementia to move isn’t easy. Sometimes persistence and patience pay off in the end, but not always.

If Wilfred continues to resist pleas for him to move, Phil may need to turn to professionals for help. Wilfred is in serious jeopardy, after all. The fact that he’s not taking his medications is a serious health concern. And if he’s gone missing once, it’s very likely he’ll go missing again. It’s important to note that half of people with dementia who go missing for 24 hours or more are seriously injured or killed.

Phil decides that his dad should move to long-term care. Even though he has a Power of Attorney for Personal Care which allows him to determine whether his dad is capable of making most personal care decisions, when it comes to making a decision about long-term care (or medical treatment), a health care professional needs to be involved. Wilfred’s family physician confirms that Wilfred is incapable of making this decision himself. That’s because Wilfred can’t appreciate what could happen if he continued to live on his own.

Although Phil is now in a legal position to get his dad admitted to a long-term care home against his will, he’s understandably ambivalent about taking that step. He doesn’t want to strip his dad of his dignity and independence. He’s also aware that if he doesn’t act, his dad is at risk of becoming seriously ill or dying.

He needs support taking the next steps. How does he choose the right home for his dad? What should he tell him? How would a move to long-term care even work, given his dad’s resistance?

Supporting you through the process

If you’re considering moving a family member with dementia to long-term care in London or Kitchener, Ontario, contact the folks at Highview Residences. They can help you work out your next steps. They take the time to understand your situation and help you through the decision-making process. The support they provide is both practical and emotional.

Get in touch with Joy Birch at joy@highviewres.com or 1-844-700-3734. She’d be pleased to offer whatever advice and support she can.

Special note: Laws about consent to treatment and substitute decision makers vary by province and country. This article only applies to the province of Ontario.