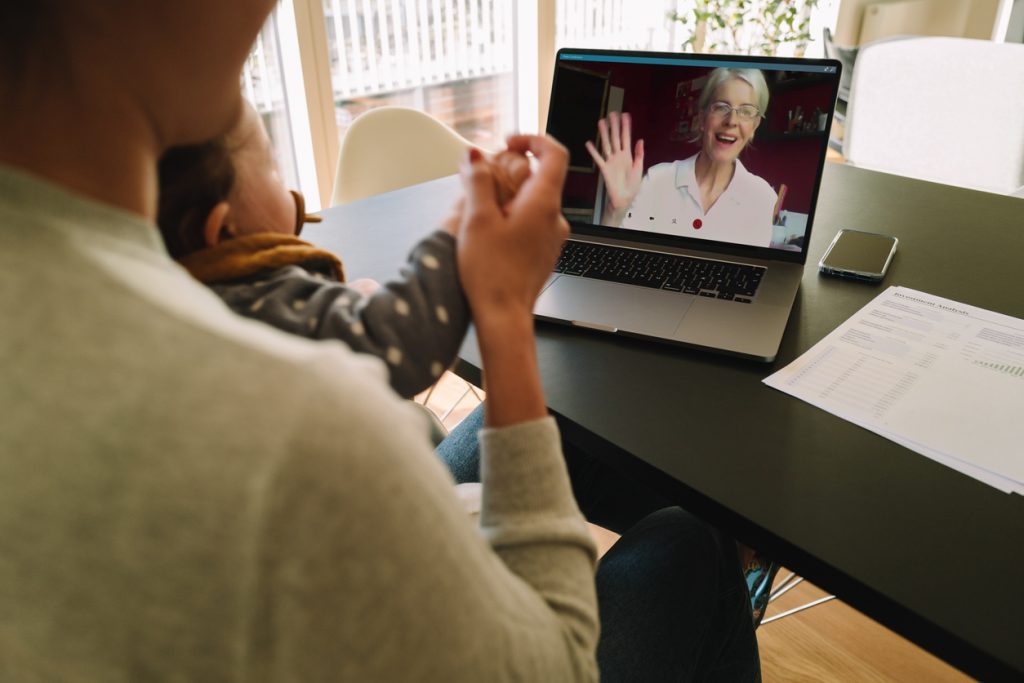 Sandra’s mom moved into Highview Residences Kitchener just before the COVID-19 pandemic hit Canada in March. In fact, as of mid-May, Sandra hasn’t had the chance to visit her mom in person. She’s only been able to keep in touch through the phone or by making a window visit.

But despite all this, Sandra says that her mom is thriving at Highview.

“When I speak to her on the phone, I get a very good sense that she’s happy,” Sandra says. “Often the staff will send pictures through texts to me. And I absolutely love that. Because she’s smiling.”

In one of the pictures, Sandra’s mom was getting a manicure. In another, she was doing a craft. “These were things my mother never did. And the fact that someone opened her up to that… that makes me so happy.”

Highview staff stepped up during the pandemic

“Highview is an excellent facility,” says Lynn, who is the substitute decision maker for Ed, a long-time family friend who also lives at Highview Kitchener. “Their staffing ratios have always been good. Even at the height of the pandemic, when they were short-staffed, everybody stepped up and did everything they could to make sure that our loved ones were looked after. That was so reassuring.”

Lynn contrasts Ed’s experience with her father-in-law’s, who’s been stuck in his room for a month at the retirement home where he lives in another town. “I understand why it has to happen,” she says, “but the only daily contact he has with someone from the staff there is when somebody comes in with a mask, gown and gloves and drops off his meals.”

Completely transparent during an outbreak

During April, Highview experienced a COVID-19 outbreak. It was in Blair Creek House, where Ed lives.

“I was so impressed with how they handled it,” Lynn says. “They were completely transparent from Day One.” That transparency included frequent Zoom calls with families and detailed emails every day telling them the status. “Even when it was bad, we were reassured because we knew what was going on.”

Rather than simply telling families “we’re dealing with this,” managers at Highview made them feel like part of the team.

Lynn said that it was really hard sitting on the outside. But, because the people at Highview stepped up and made things work under very trying circumstances, it gave her confidence that Ed was being well looked after.

“I think there are a lot of retirement and long-term care homes who could learn a lot from how things were dealt with at Highview,” she says.

Sandra’s mom lives at neighbouring Cedar Creek House. At the time, Sandra worried that the virus might spread from Blair Creek House. But it didn’t. The frequent Zoom meetings and email communication gave her confidence that the staff at Highview “were doing their jobs very well.”

“My dad will be better off there than anywhere else”

As if things weren’t complicated enough for Sandra, ten days after her mom moved to Highview, her dad was admitted to hospital. He has dementia, like her mom, and can’t return home.

Sandra very much hopes that he’ll be transferred to Highview.

“People might think, ‘Well, why would you put him in a place where there was an outbreak?’ And my response to that is, it could happen anywhere. It’s no fault of staff, no fault of lack of procedures. It is a function of a horrible, horrible virus that we don’t know everything about. And I know that – because of what I’ve seen with my mom and how well she’s doing – I know my dad will be better off there than anywhere else. Pandemic or no pandemic.”

Lynn feels the same way. “The level of care, particularly for people with dementia, is fantastic.”

Can we protect our elders better in our own homes?

Lynn acknowledges that people may be reluctant to consider moving a family member into Highview during the pandemic. “There’s this sort of gut reaction that maybe we can protect our elders better in our own homes, but I don’t know that’s exactly the case.”

“Anyone of us could bring COVID into the house,” she says. “And what happens then? What. Happens. Then. That was the big factor for us in saying, ‘OK, we know COVID is there, but we know these people are professionals, and they are far better equipped to deal with those eventualities than we are.’”

Plus, Highview is far better equipped to help someone with dementia.

Sandra’s mom had support from home care before she moved to Highview, but it wasn’t enough. “Despite the help my mom had in the home,” Sandra says, “she still wasn’t taking her medications, and the people we had coming in were not experts in the field of dementia so they didn’t have the skills to help my mom take the medication if she didn’t want to.”

“Anyone who places their loved one in Highview should have a feeling of assurance and confidence that these people are professionals,” she says. “They know what they’re doing, they’ve proven that, and I have every faith and confidence in them.”

Highview Residences is pleased to announce that it’s once again welcoming new residents. “I’m really proud of our team,” says Katlynne Elgie, General Manager at Highview in Kitchener. “Our re-opening plan does a great job of keeping everyone who lives and works here safe and happy.”