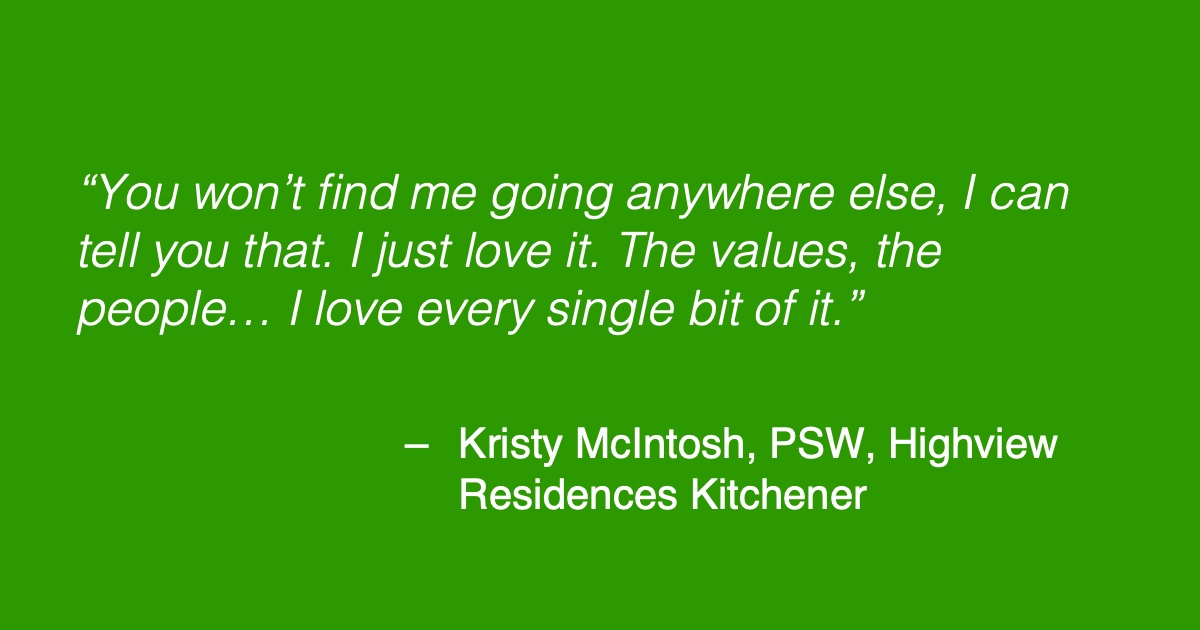 When you walk into Highview Residences, you’ll be struck by how intimate and welcoming it feels. Part of it is the home-like design. Each house is like a large bungalow that’s home to no more than 26 residents.

But the other big part of it is the people.

Amy Pickering has been a PSW at the London location for ten years. “It feels like you’re not just a worker at Highview,” she says. “You’re like family.”

Staff form deep connections with residents and their families. That’s because there isn’t the same task-focus that you’ll find at many long-term care homes. The priority at Highview is on getting to know each resident. That’s vital when supporting someone with dementia.

“Each resident’s care is focused around that individual, not around the workplace’s schedule or anything like that,” says Amy. “You meet them where they are. It’s kind of like you get to live in their world rather than them having to live in ours.”

“Our day is never, ever necessarily going to go as planned,” she adds, “but we always make sure that everybody’s needs are met.”

In a typical long-term care home, a PSW may have six minutes to get someone up, dressed and at the table. At Highview, it’s different. If it takes a resident 45 minutes to get ready, staff will take their time with them. There’s no pressure to rush them. If a resident doesn’t get to breakfast the same time as everyone else, that’s okay.

One reason this resident-focused approach works at Highview is that staff-to-resident ratios are much better than they are in long-term care homes. Because Highview is privately-run, it’s not subject to the same regulatory and funding constraints as publicly-funded homes.

“You get to know each resident so well,” Amy says. “You end up loving them like your own family.”

Highview doesn’t flinch at using the word love. In fact, they see it as central to everything they do. 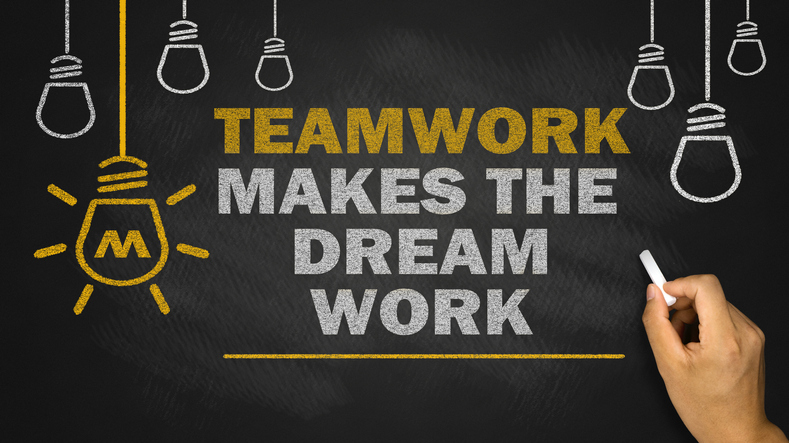 Another reason resident-focused care works so well at Highview is that staff readily back each other up.

“The teamwork is phenomenal,” Amy says. “Everyone who works in our house is so versatile.”

That versatility is supported by Highview’s training programs. As staff add to their skills, they’re encouraged to try out different roles. For instance, PSWs can sometimes pick up activation shifts.

You won’t find strict divisions of responsibilities at Highview. “All of our nurses hop right in there,” says Kristy McIntosh, a PSW at Highview Residences Kitchener. “They’ll do dishes, they’ll do cares on someone.”

“There’s one resident who’s really receptive to me,” Kristy says. “So whenever she needs a shower or whatever, I can go over to the other side of the house and help. And Highview promotes that. They want us to do that.”

If someone can’t get something done, then somebody else will pop in behind and help. “We will all do anything for anyone,” Amy says. “That’s the type of place that you want to work in. Like, wow!”

Both Kristy and Amy agree that this strong sense of team has been crucial during the COVID-19 pandemic. “I see that the pandemic has made our team a thousand times stronger,” says Amy. “We were strong before, but to see the way we’re always looking out for each other, and we’re always checking on each other…”

A place where you’ll be proud to work

Kristy sums it up like this: “At the end of the day, I feel very proud of where I work, and what they allow us to do for the residents.”

“The thing I like the most,” Amy says, “is that you actually get paid to love your residents.”

Every Moment. By Design. With Love.

Email your resume to our home in London or Kitchener.